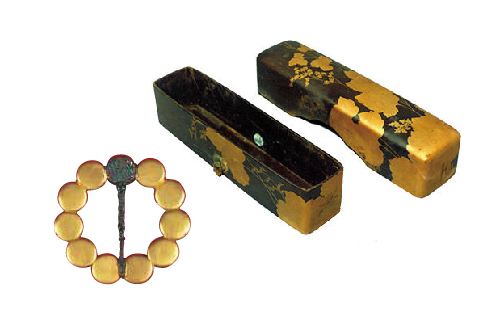 Masamune’s belongings were buried along with his body at his mausoleum “Zuihoden”. Upon its excavation, many artifacts including the golden brooch possibly made in Europe, letterbox, smoking pipes and sword, along with a pencil which was still rare at that time, were excavated. Also, armor owned by the second lord Tadamune, as well as glasses and smoking pipes that belonged to the third lord Tsunamune were excavated from their mausoleums, Kansenden and Zennoden, respectively.