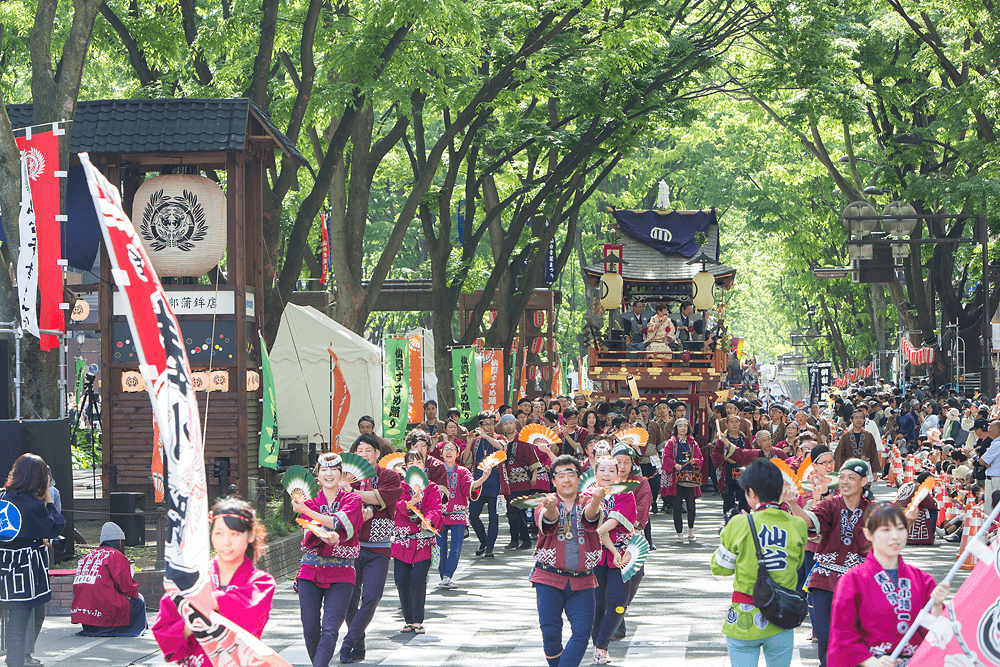 The festival rite of “Toshogu” shrine is a grand one that includes dozens of Yamaboko (decorated floats) parading through the castle town, and was also known as “Sendai Festival.” Also, the major festival rite of the Aoba shrine, which is dedicated to Masamune, is called “Aoba Festival” and enjoyed widely by the citizens of Sendai. “Sendai Aoba Festival” originates from these two festivals, and started at the occasion of the 350th anniversary of Masamune’s passing in 1985. Events including “Yamaboko (decorated floats)” parade, the samurai procession and “Sendai Suzume Odori” entertain the audience.