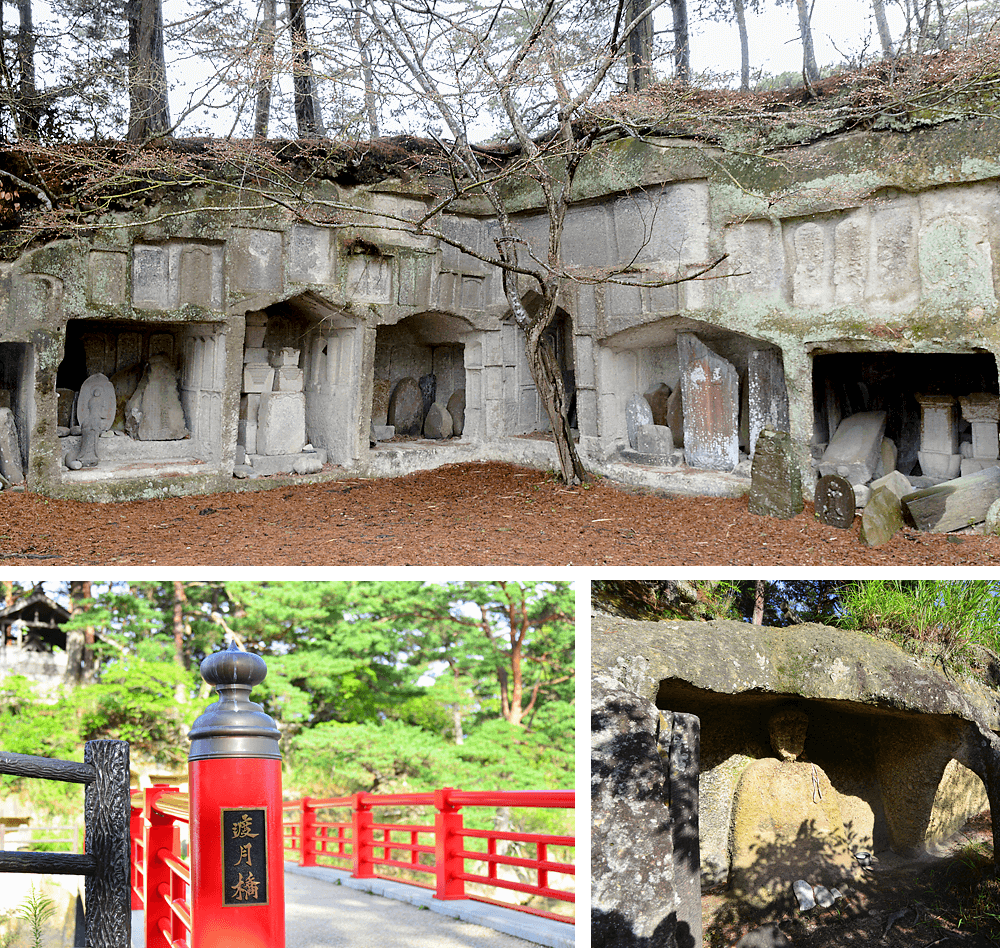 A popular poetry subject that appears in many poems. Saigyo, a famous poet from the end of the Heian period, is said to have paid a visit. In the 12th century, there is a legend that HOJO Masako, the wife of MINAMOTONO Yoritomo, the first Shogun of the Kamakura Shogunate, sent a thousand pine trees, which gave Matsushima (lit. “pine islands”) its defining feature. It is believed that the sunrise over the archipelago of Matsushima Bay was associated with the Buddhist “Pure Land (paradise)” and therefore regarded as sacred. The scenery of bristling stone memorial monuments (Itabi, or “board-shaped monument”) represented by the “Monument of Raiken” were created during the Kamakura period and many are extant today. Many haiku poets started to pay visits, following the footsteps of MATSUO Basho who came in the 17th century.