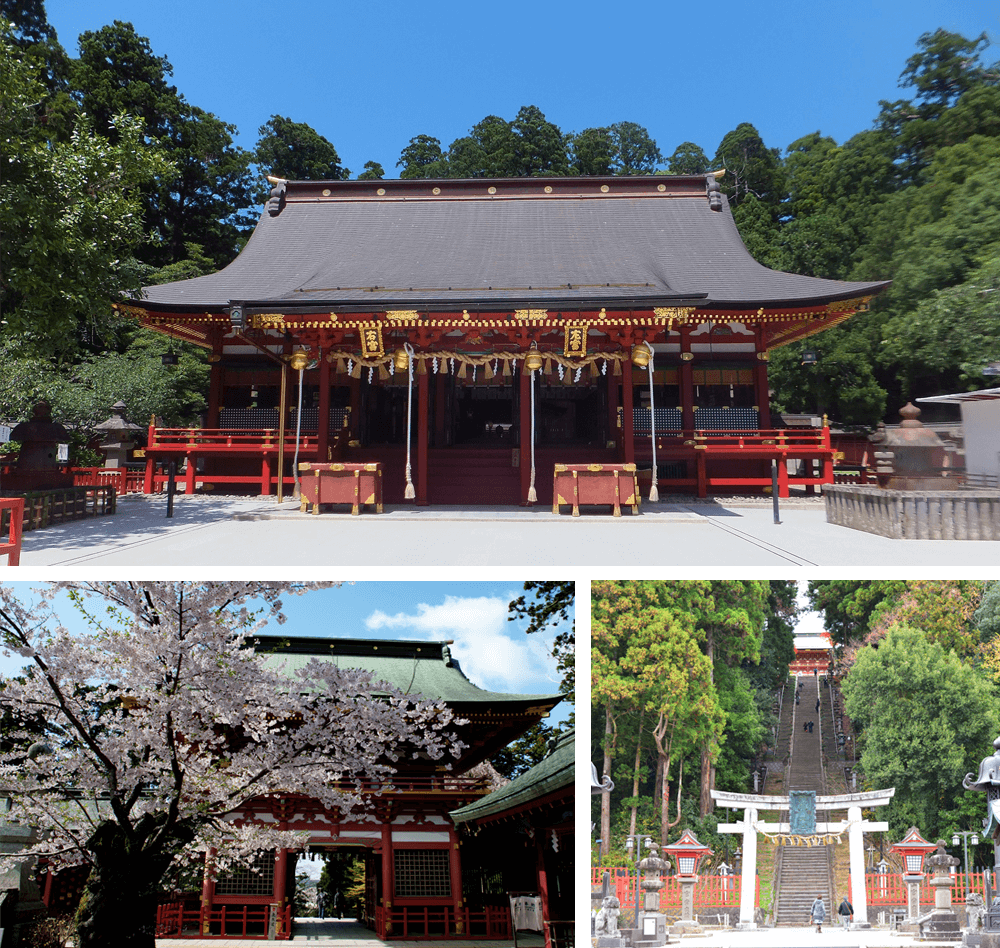 As the guardian deity of the Tohoku region, this “jinja” was highly revered by the Imperial Court, and was an object of faith for the FUJIWARA family of Hiraizumi and the DATE family of the Sendai domain lords. The lords of the Sendai domain successively served as the “Okannushi” in the ceremony following Masamune. The construction of the pr esent “jinja” building was initiated by the fourth lord Tsunamura in 1695, and was completed by the fifth Yoshimura in 1704. This “jinja” was designated as the National Important Cultural Property in 2002.