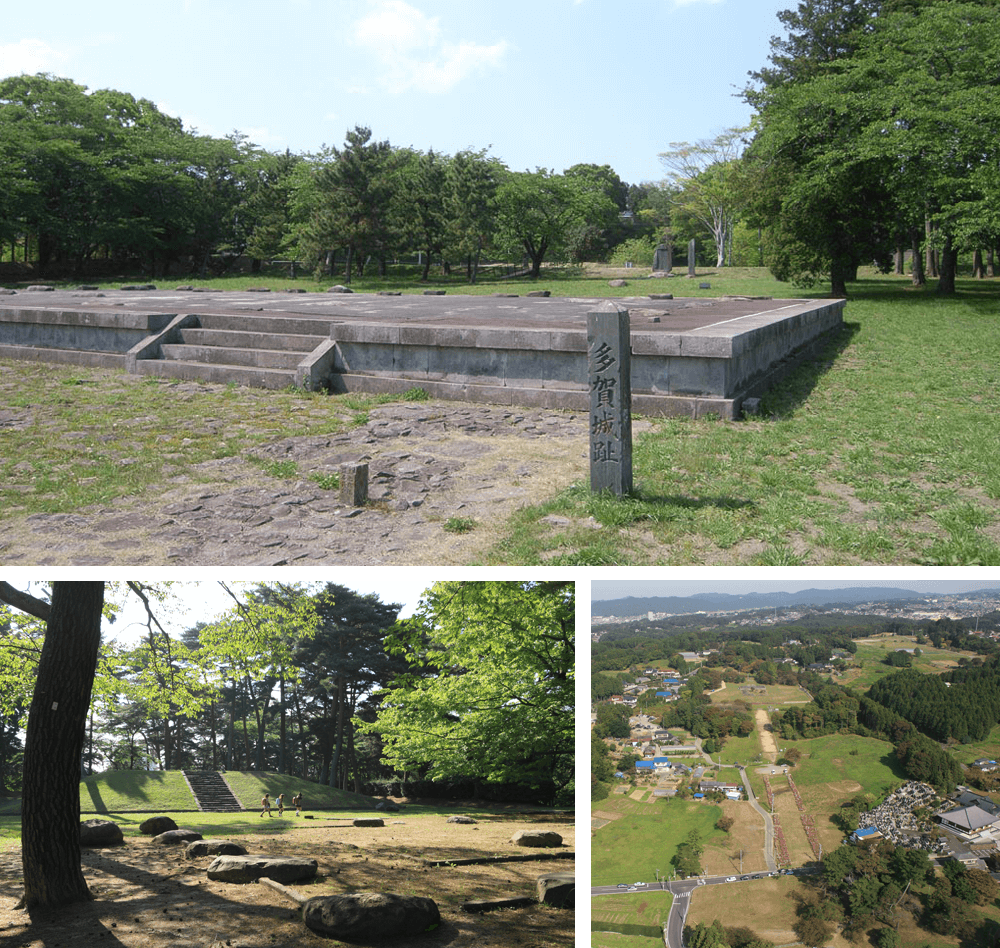 Being the site of the local branch office of the nation since the ancient times, this location was the base of politics, military and culture in the Tohoku region. The nobles in the capital used to long for this place, calling it by the name of “Michinoku” and composing many poems about it. Tagajo Castle Monument was discovered in the Edo period, and it revealed that the remains dated back to the ancient times. Thereafter, scholars of the Sendai domain and other local people conducted investigations and research, and made efforts for its protection.