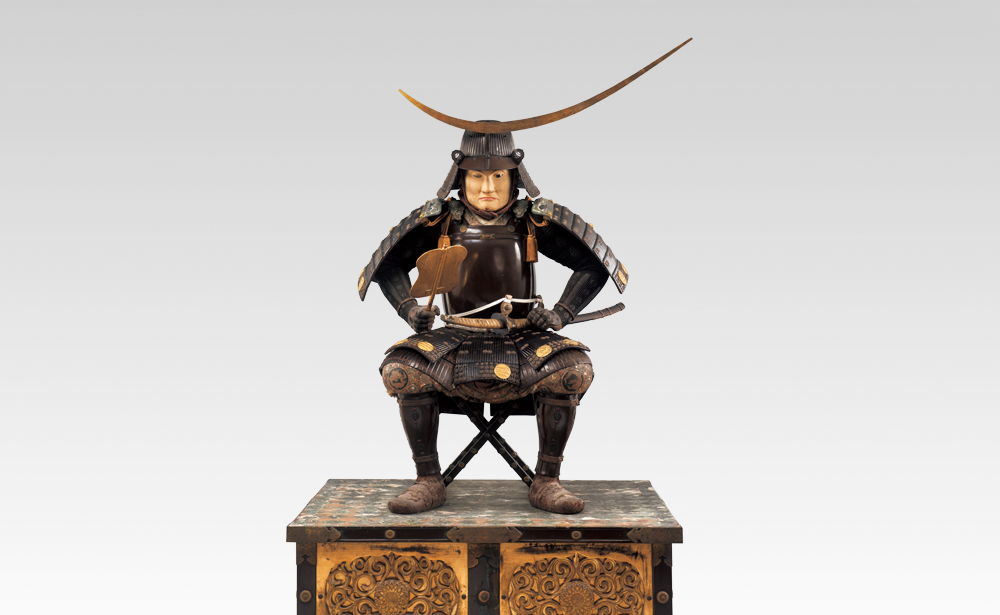 This sculpture was created on the 17th anniversary of Masamune’s death, commissioned by his widow, Yotokuin. It was housed in Zuiganji temple in 1652. It is said to have been recreated based on the memory of the widow, and considered to be the most true-to-life portrait statue of Masamune in existence. It depicts Masamune wearing the helmet with his favorite “Maetate”, or the front ornament in the shape of a golden crescent moon. The repairment executed in 2012 revealed that the actual armor from the Warring States era was repaired and reused for this sculpture.