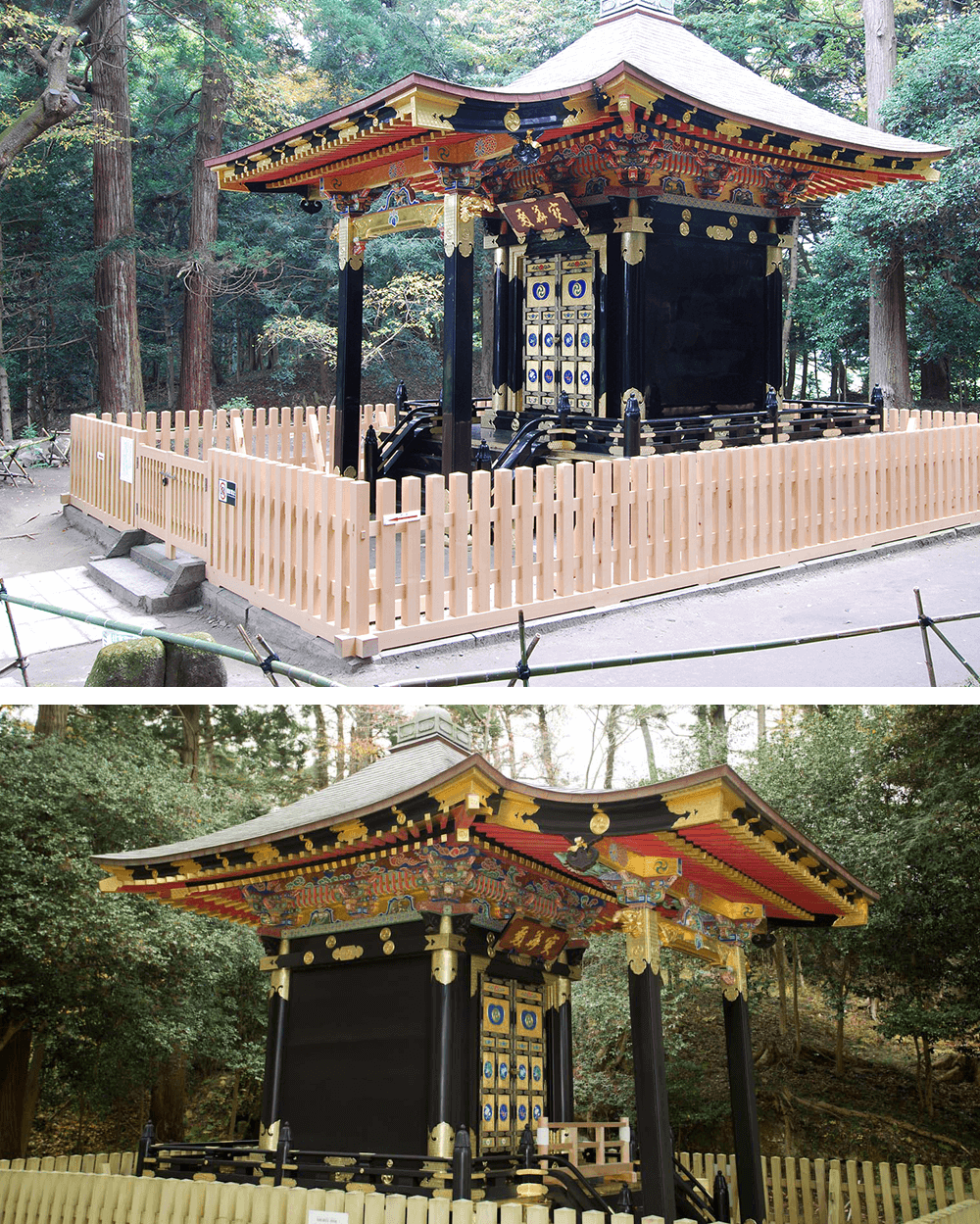 This mausoleum was built in 1660 by Tsunamune, the grandson of DATE Masamune, for Masamune’s wife Megohime on the seventh anniversary of her death. Though small in its scale, the mausoleum equals Masamune’s mausoleum Zuihoden in its splendor and elegance, decorated with black lacquer coating, vivid colors and decorative metal fittings. Preservation and repair work was conducted from 2006 to 2009, which successfully recovered its original form from when it was constructed. It was designated as a National Important Cultural Property in 2012.
*It is not open to the public.