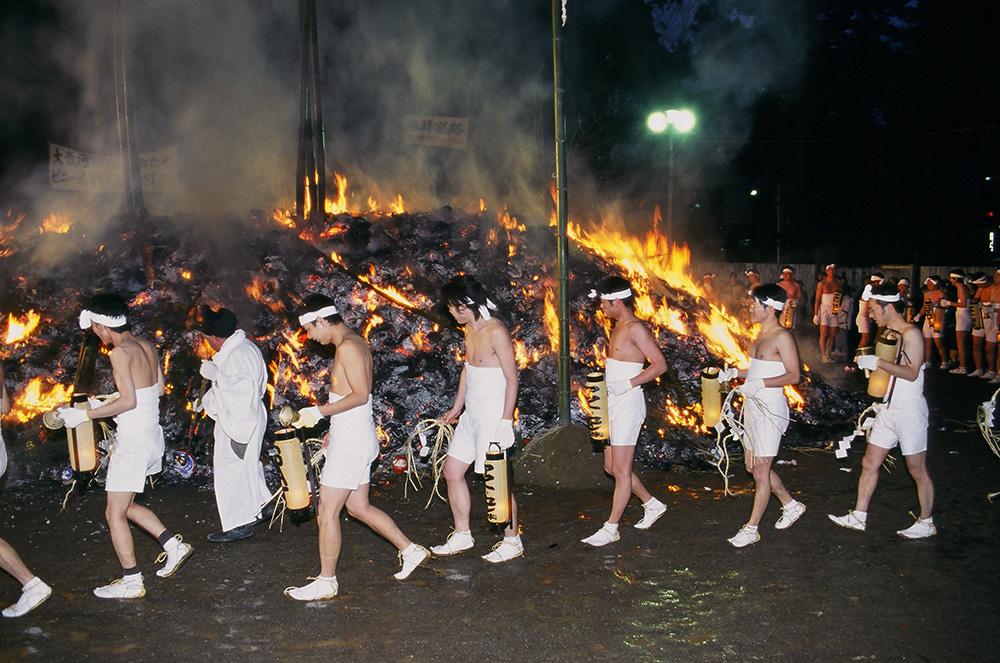 “Matsutaki Festival” is a ceremony that takes place every year in Koshogatsu, namely from sunset on January 14th till before dawn the following day, in which decorations from the new year’s day such as matsukazari and shimenawa, as well as the Shinto shrine amulets from the previous years are put to fire at Osaki Hachimangu shrine. The unique event in this festival called hadakamairi (literally, naked visit to the shrine) can be found in the “Sendai Nenchu Gyoji Emaki (picture scroll of annual events of Sendai), which is considered to have been completed sometime around 1850. The name of “Donto-sai” started to appear around 1907, and became widespread and popular thereafter.