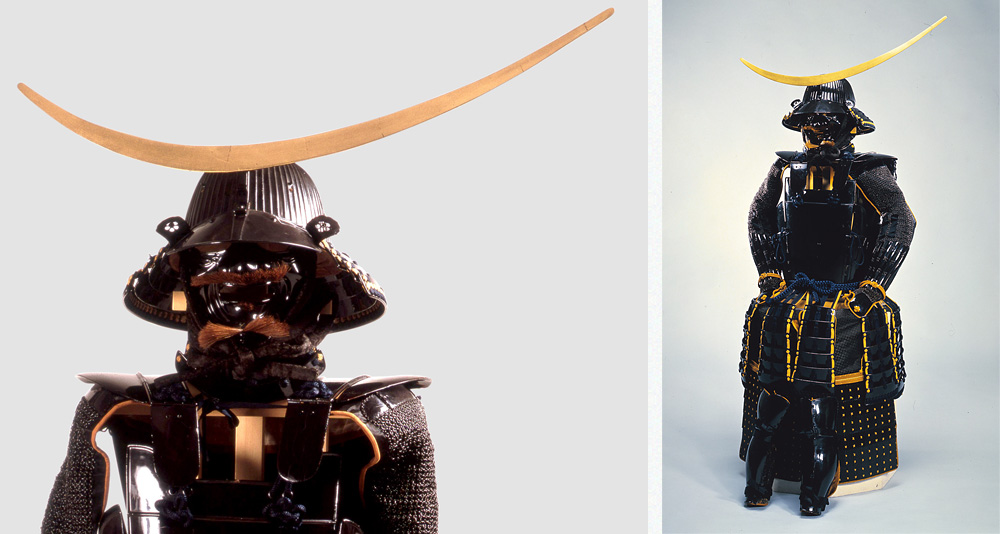 A set of armor owned by Masamune. Consisting of black lacquered “gomai-do (five-pieced cuirass)”, “sujikabuto (helmet)” made of 62 pieces of iron plates bound together, and asymmetric “maetate (front ornament)” that resembles a slim, golden moon, this set of armor is the direct example of the massive yet elegant “DATE” culture fostered by Masamune, and represents Masamune’s sense. The format of “gomai-do” was inherited as the standard by the successive lords of the domain after him as well as their vassals, eventually acquiring the alias of “sendai-do.” Emphasizing on actual fighting, it is a durable and functional set of armor.