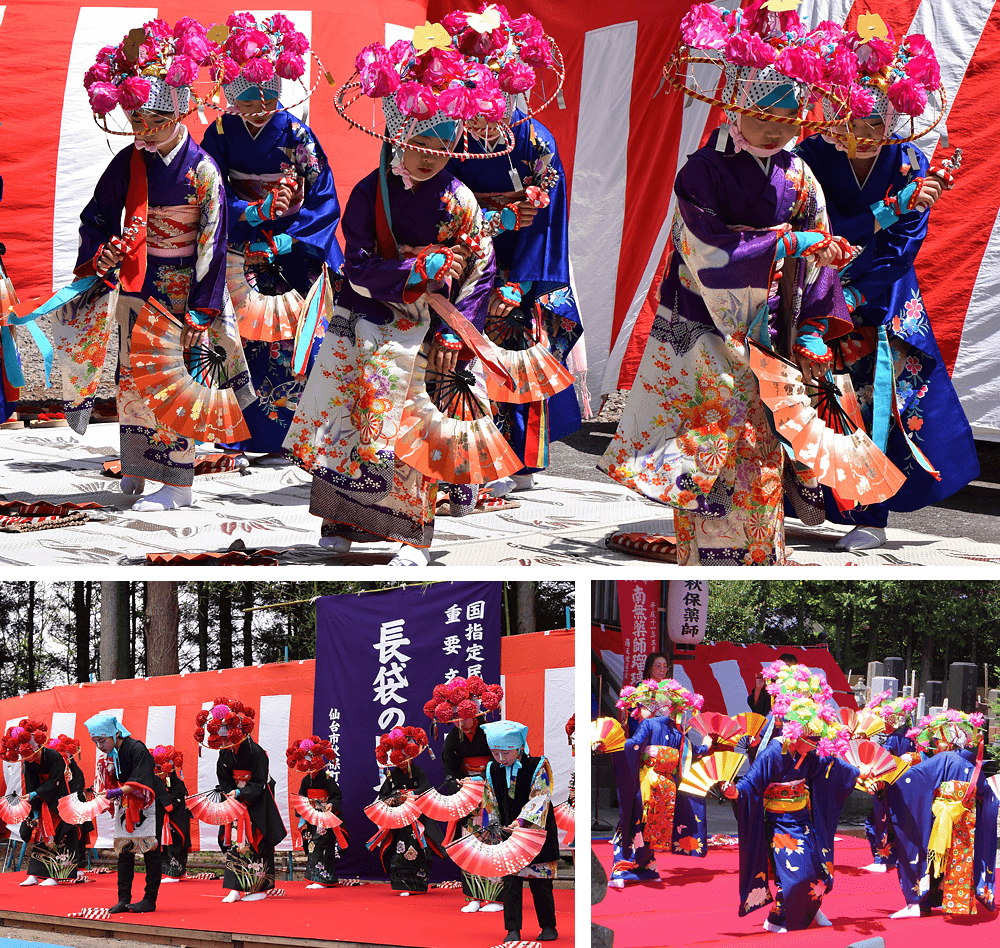 “Rice Planting Dance of Akiu” is a generic name for three different dance groups of Yumoto, Nagafukuro and Baba, all from Akiu-cho, Taihaku-ku, Sendai City and were designated as National Intangible Folk Cultural Properties in 1976. Sharing similarity with the typical rice planting dance in the Tohoku region, if faithfully inherits this ancient style. It is a praying performance for the abundant harvest of the year, and was originally performed only during the first full moon festival. Today, it is performed more often for ceremonies of shrines and temples. It was registered as a UNESCO Intangible Cultural Heritage in 2009.