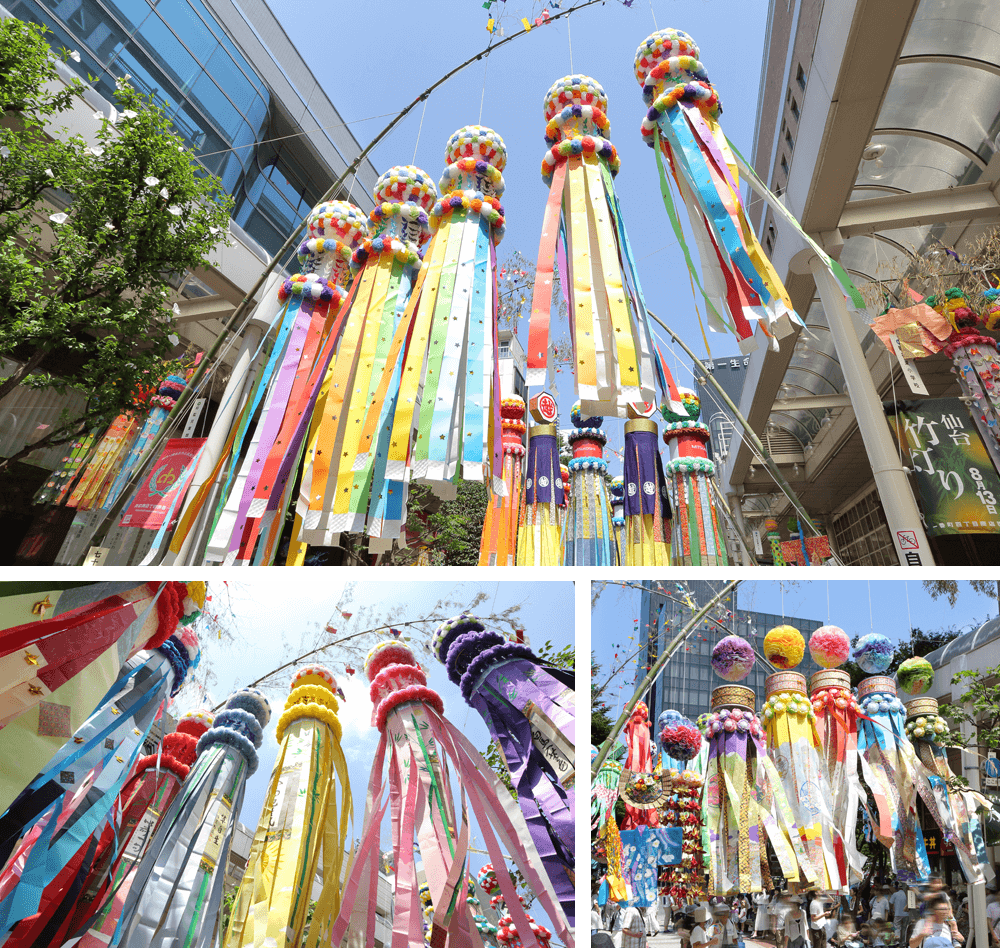 The Tanabata Festival is originally based on the Chinese legend titled “Kikkoten”, which is about two stars, each named Kengyu and Shokujo. It has been a local custom in Sendai since the Edo period, to display the traditional bamboo leaf decoration in house fronts. After the Meiji period, the custom became more luxurious, decorating the bamboo branch with unique articles called “seven decorations” such as paper garments and money pouches. Today, the festival is held from August 6th to 8th every year, and approximately 3,000 decorated bamboo branches are put on display throughout the city.