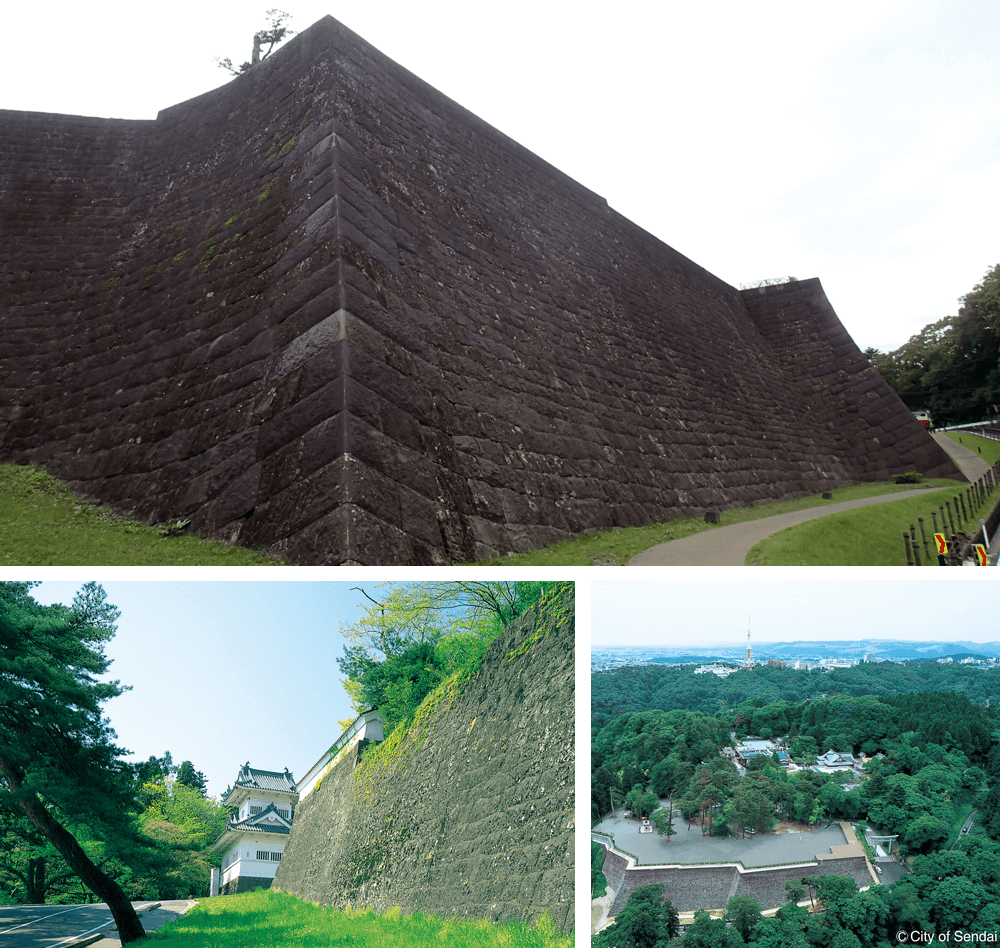 This site is where the castle built by Masamune used to stand. The construction site in Mt.Aoba used to be considered as holy ground. He chose this particular site to build his castle with high stone masonry walls, taking advantage of the natural topography. Masamune planned the layout of the castle premises in December 1600, immediately after the Battle of Sekigahara, and the castle was said to be almost completed in 1602. The second lord Tadamune constructed the “Ninomaru (the second enclosure),” which thereafter became the center of the domain’s administration. It was designated as a National Historic Site in 2003.