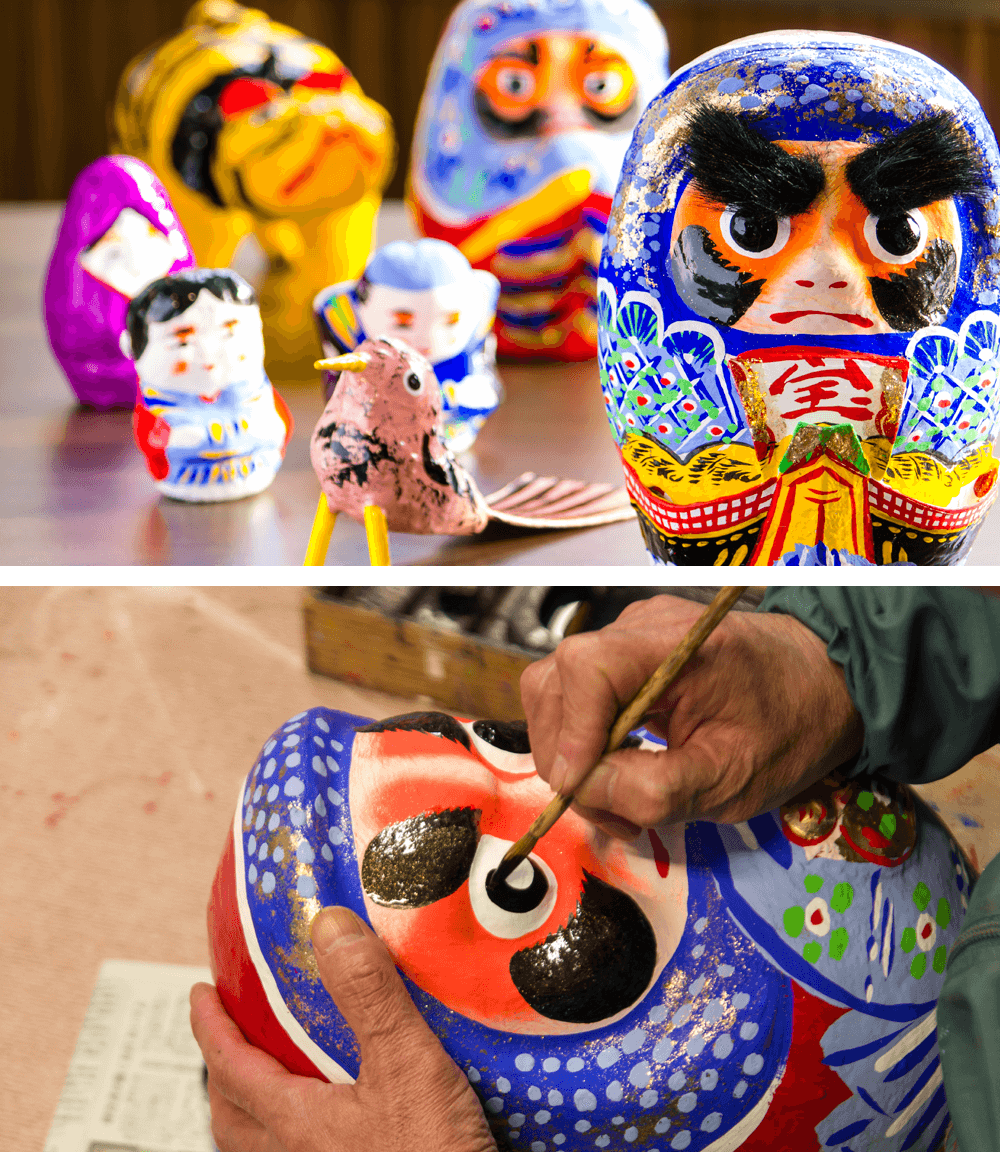 The inventor of this craft is considered to be a vassal named MATSUKAWA Toyonoshin of the Sendai domain from the Tenpo period (1830 to 1844). “Matsukawa Daruma”, which is known for the blue daruma, is the common type of Sendai Hariko. With their faces rimmed with indigo and their bodies painted colorfully with pictures of treasure ship or deities of luck, “Matsukawa Daruma” is popular among the common people as a lucky charm since the old times.