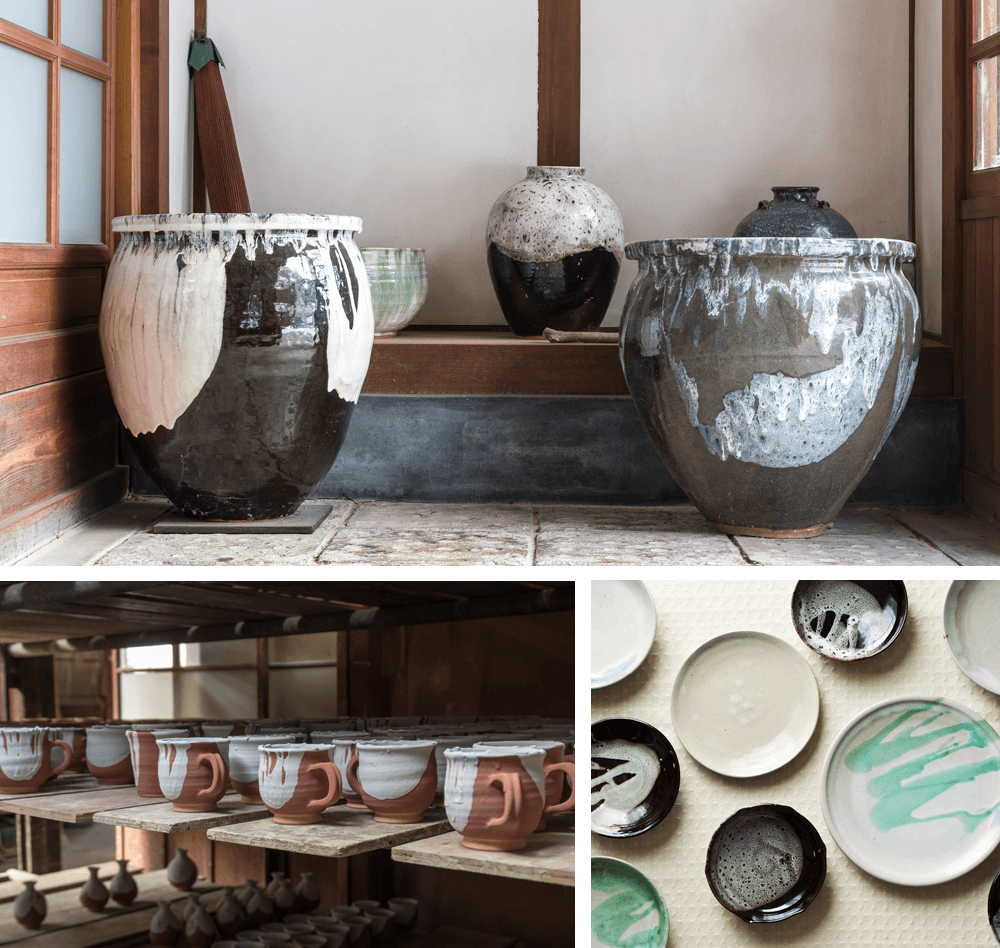 Originally started as “Sugiyama Ware” during the Genroku period (1688 to 1704), the pottery makers spread out around the Tsutsumi-machi area to build there kilns, and thus this particular style of pottery was later known as Tsutsumi ware. The use of black and white glazes dynamically poured on is referred to as “Namako (sea cucumber) glaze”, which has the representative characteristics of this simple yet powerful pottery. “Tsutsumi ware Kenba Kiln was established when the founding potter was given permission to copy the book of secret owned by the master potter in Edo named MIURA Kenya, and was given the potter title of Kenba.